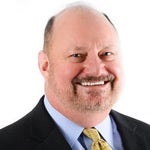 Charles Hunter was born and raised in San Antonio, Texas, where he attended a private preparatory high school on a competitive scholarship and graduated 8th among 125 students. He attended college at the University of Texas at Austin, where he earned a bachelor of business administration degree in Finance with honors in 1977.

Mr. Hunter continued his studies at UT Austin to earn a law degree in 1980, graduating in the top third of his class. As a law student, Mr. Hunter served as Note Editor of the Review of Litigation, as member of the Law School Standards Committee, and as law school delegate to the Constitutional Convention of the Students Association. Mr. Hunter worked as a law student clerk in the law firm of Waggoner Carr, who served in the 1960s as Texas Attorney General and member of the Warren Commission.

Sworn in as a member of the California State Bar in December 1980, Mr. Hunter worked first with prominent civil rights lawyer Barry Fisher defending religious, speech and associational rights in state and federal courts including two trips to the United States Supreme Court in the context of public solicitation and reporting of donations, distribution of literature, and land use. He also represented artists and entertainers in copyright and contractual matters. Mr. Hunter next worked for business and insurance law firms prosecuting and defending securities, trademark, copyright and insurance matters. He drafted insurance coverage opinions and advised business organizations. He also represented criminal defendants in state and federal courts gaining valuable courtroom experience.

Returning to Texas in 1994, Mr. Hunter worked as a management consultant advising large churches and related non-profits nationwide on executive compensation issues and on compliance with laws imposing excise taxes as intermediate sanctions on excess benefit transactions. Mr. Hunter next worked as a third-party manager of non-qualified executive benefits plans created by his employer for publicly-traded companies and other large employers in Texas and the Southwest. He left that position to serve as Vice President of a small, Houston-based real estate development firm.

Mr. Hunter joined Woska & Hayes LLP in March 2005 as a securities arbitration attorney. From Houston-based offices, Mr. Hunter successfully represented numerous clients of the firm across the country in settlements, mediations and arbitrations concerning the suitability of investments held in securities brokerage accounts.

Mr. Hunter has represented county governments across the nation in actions to collect deed recording fees and real property transfer taxes from an association of banks and title companies and from government sponsored enterprises. He continues the firm's successful representation of consumers in actions against auto insurers for their failure to pay diminished value losses on vehicles involved in accidents.  He represents Texas health care providers in the Providers Track of cases in the Blue Cross Blue Shield Anti-Trust Litigation. He has served as interim co-lead counsel in the Yamaha outboard motor products liability litigation and currently pursues claims against other manufacturers of defective products.

Mr. Hunter has held memberships in the Society of Financial Service Professionals and the Public Investors Arbitration Bar Association ("PIABA"). In October 2007, he presented the following papers at the 16th Annual Meeting of PIABA:

Currently, Mr. Hunter is a member of the American Association for Justice and the Houston Bar Association.

Thank you for contacting us. We will get back to you shortly.

Please complete all required fields below.

We offer a free consultation and we’ll gladly discuss your case with you at your convenience. Contact us today to schedule an appointment.

The principal office of Hayes Hunter PC is located in Houston, Texas. Attorney Charles Hunter is responsible for the content of this advertisement.