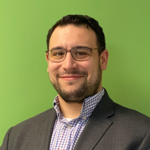 Scott Hamilton has served as Associate and Of Counsel for Hayes Hunter since early 2019. Scott graduated from Loyola University New Orleans College of Law in 2017, where he was a campus leader and advocacy stand out. Scott was elected to serve on the Loyola Honor Board all three years of law school, and further honored by his classmates as their elected class graduation speaker in 2017. For two years Scott competed as a member of Loyola's 1 st Amendment Moot Court team. As a Children's Rights Clinic advocate, and in partnership with the Immigration Clinic, Scott successfully represented multiple children in Orleans and Jefferson Parish family court proceedings. Additionally, as a clinic student, Scott was appointed to represent numerous absentee divorce defendants in live hearings on the merits, and went on to lead multiple “Know Your Rights” training sessions with local underserved populations. Currently licensed to practice law in Texas and Washington (state), Scott has had experience as an associate in multi-district litigation, family law, business litigation, real estate and title, landlord/tenant matters, property valuation protests and other general practice. In 2019, Scott took on a new challenge as a pro bono immigration advocate, representing a family from Central America before the Board of Immigration Appeals. In addition to serving as Of Counsel for Hayes Hunter, Scott is General Counsel for Metropolitan Title, LLC in Virginia and their affiliates in Texas.

Thank you for contacting us. We will get back to you shortly.

Please complete all required fields below.

We offer a free consultation and we’ll gladly discuss your case with you at your convenience. Contact us today to schedule an appointment.

The principal office of Hayes Hunter PC is located in Houston, Texas. Attorney Charles Hunter is responsible for the content of this advertisement.